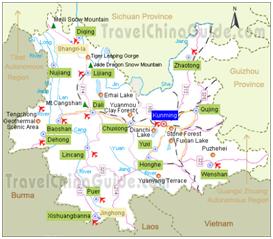 Puer is situated in the northwest of Yunnan Province, Puer has an important location in China's southwestern boundary, neighboring Laos, Vietnam and Burma and sharing a 486 kilometers (302 miles) boundary line with these three countries. Kunming is about 550 kilometers (342 miles).  Puer is also an important location linking roadway and waterway transportation between the China hinterland and Southeast Asia. The city is famous for its Puer Tea.    The region lies at the southwest edge of the Yunnan - Guizhou Plateau, which is in the south section of the Hengduan Mountains. Within the city, mountains and rivers run southward, alternating with each other frequently in the north and gradually dispersing to the southeast and the southwest. Medium sized mountains and valleys between them constitute nearly ninety percent the city's territory. Special local product: Puer Tea, bamboo shoot, edible fungi, purple rice, mango.

Why invest in Pu’er 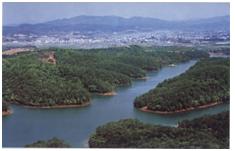 The city is famous for its Puer tea, which is believed to have some health benefits. Some Chinese believe the tea can help one to lose weight and even cure cancer. The price of Puer tea has risen dramatically in the recent past. In 2004, a kilo of Puer tea sold for about US 1, while in 2007 it was US 800.

Puer is bound by Laos and Vietnam to the southeast and Myanmar to the southwest.  With a border of 486 kilometers, it is considered as an important gateway to southwest China, with 18 land border crossings, and three water passes – Lancang River, Hong River and Nankang River – to other countries in Southeast Asia. 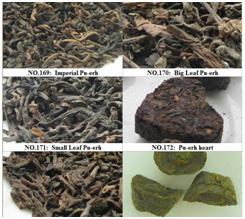 Yunnan is the major tea producer in China, after years tea industry has become an important industry in Yunnan. To take the advantage of popular Puer Tea, the government approved to organize the China Yunnan Puer Tea International Fair to further promote Puer Tea.

Puer Tea is one of the hottest and most surprising investments in China, with certain types of the typically fermented tea selling for more than their weight in gold. Some Chinese buy tea as an investment, much like Europeans buy wines. In Puer, the climate is warm and there is plenty of rain and a high level of humidity. Soil coverage is deep and thick, also is rich in organic matter. The tea is tender and the sprouts and leaves are of very high quality.

Puer teas are a unique style of tea that improves with age.  Private collectors and merchants invest in high quality Puer to reap the financial returns that come with the advancements in flavor and aroma over time.  Due to the high demand, there is a lot of fakes flooded the market. As of December 2008, China government stepped in to tighten the control of Puer tea. Only tea which is produced in Yunnan province’s 639 towns and 11 prefectures and cities can be labeled ‘Puer”. Branded tea must also be made in a certain type of leaf, using specified technology. Yunnan leaves aged outside of the province are no longer considered authentic. In 2010, China Construction Bank launched a Puer Tea investment product where investors can receive annualized 7 percent return in tea or cash. The value of coffee sales in China increased by 20 percent in 2011 from year earlier, reaching RMB 6.25 billion. Coffee which is plant in Puer is mostly for export. A total of 50,000 tons of coffee in Yunnan were sold overseas in 2011.

Nestle is expanding its operations in Yunnan with an eye toward promoting coffee consumption across China. The company has also signed a memorandum of understanding with the prefectural government pledging to invest RMB 100 million to build a coffee farming institute in Puer.

Over the past several years, Nestle has steadily increased its purchase of Yunnan coffee and last year bought more than 10,000 metric tons of coffee beans, which accounted for 20 percent of the province’s total coffee production. The company has plan to train 5,000 coffee farmers, agronomists and business professionals each year; also plans to double coffee procurement in Yunnan.

Coffee has been selected as alternative crop to replace volatility prone tea by Puer government. Beside Nestle, the coffee giant Starbucks is also presents in Puer and has already made large purchasing. Puer plays an important role in Starbucks’s long term supply of premium Arabica coffee as the company will increase the quantity of coffee which is bought in Puer by more than 20%. Puer is famous with its Puer tea so it brings the chances to activities which are related to tea. The most famous tourist attractions of the city are China Puer Tea exhibition garden, which comprises a tea museum, a tea making workshop, a tea picking zone, a tea appraisal garden and some other facilities

During 2011, 5.56 million domestic tourists visited the city, up 60.2% year on year, while tourism income totaled RMB 2.88 billion, representing a rise of 73.9% compared to the previous year. 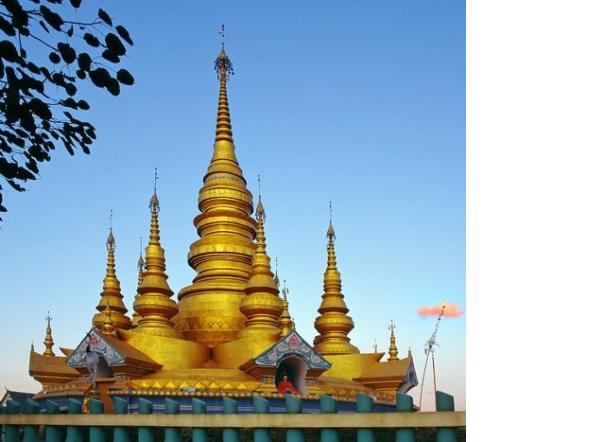 Puer Municipality in South Yunnan had witnessed the fastest tourism growth in Yunnan Province in 2011. Puer has realized the largest growth rate of both domestic tourist number and tourism revenue, which are respectively 5.66 million, which increases 60.24%) and RMB 2.9 billion accounts for the increment of 72.87%, while the number of overseas tourists visited Puer had risen 26.28% to 38,000 passengers.

Puer, which has availed itself of the favorable natural conditions, has been focusing on developing the Kunming – Bangkok Road Travel Route (including Mojiang County, Ning’er County, Simao District), and the “Puer Green Triangle” (including Lancang County, Ximeng County, Menglian County). 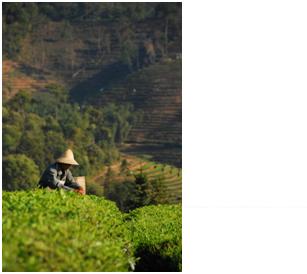 The agricultural sector, the second smallest contributor to the city’s economy, generated value-added output of RMB 8.88 billion in 2011, accounting for 29.5% of the city’s GDP. Total output value of the sector amounted to RMB 14.73 billion, increase 8.4% year on year. Grain output of Puer amounted to 0.95 million tons, up 5.5% year on year.

Secondary industry (industry and construction), the smallest contributor to the city’s economy, realized value-added output of RMB 10.91 billion during the same year, accounting for 36.2% of the city’s total.

Service sector, the largest contributor to the city’s economy, generated value-added output of RMB 10.34 billion, accounting for 34.3% of the city’s total GDP in 2011.

Tourism is the most important pillar of the service sector. During 2011, 5.56 million domestic tourists visited the city, up 60.2% year on year, while tourism income totaled RMB 2.88 billion, representing a rise of 73.9% compared to the previous year.

In 2011, the total value of imports and exports amounted to US$210.18 million (comprising export value of US$123.98 million and import value of US$86.2 million), up 23.2% year on year. The city’s major export goods are rosin, cement, fertilizer, tea and steel. Myanmar is the largest trading partner of the city in terms of trading value. 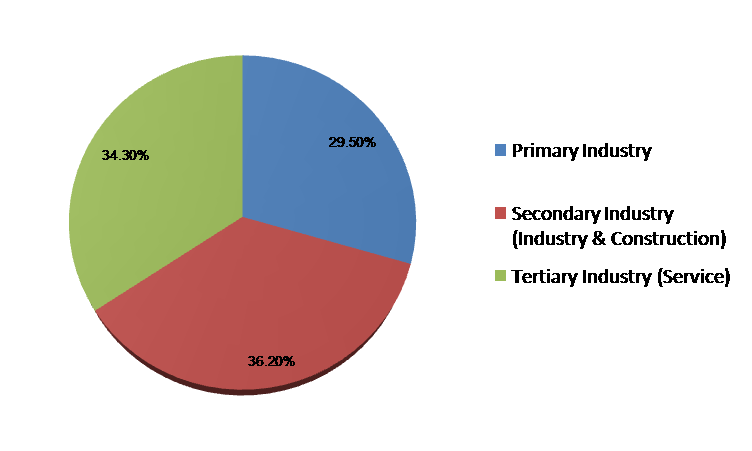 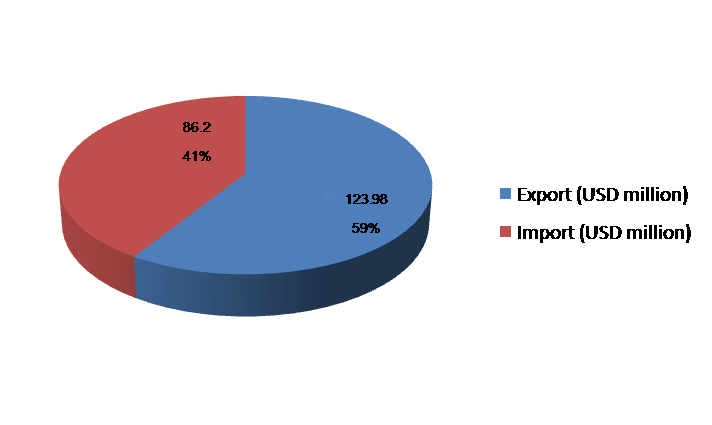 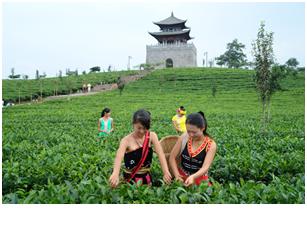 Puer which covers an area of 44,221 square km is the largest of the prefectures and prefecture level cities in Yunnan. In 2011, its population is 2.56 million. There are 10 counties under its jurisdiction, which are inhabited by 14 distinct ethnic minorities are living in Puer, such as Lahu, Hani, Wa and Yi. Puer is rich in natural resources. Forests cover 64.9% of the city’s lands. Puer has subtropical monsoon climate with cold winter or extremely hot summer, the city is suitable for plantation of well known Puer tea. Average annual runoff ot the surface water amounts to 32.6 billion steres, accounting for 14.7% of the province’s total. In addition, Puer is 570km from Kunming, the capital city of Yunnan Province. There is no train station there at present. The main mode of transportation to this city is by bus..

Puer also has access to the Lancang river international shipping channel and has a state level port, Puer dock.

Puer Airport is 2km away from the city’s downtown. It operates scheduled flights to Kunming and Xishuangbanna.